I can advise you on whether your document will be valid just with the notarisation or whether it also needs to be legalised at the Foreign, Commonwealth and Development Office with an apostille. For countries that are a party to the Hague Convention documents need only be legalised with the apostille in order to be accepted. For certain other countries the documents also require Consular legalisation in order to be accepted.
I can attend to legalisation both at the Foreign Office and Consulates using standard or priority services depending on your needs.

An explanation of the apostille and legalisation 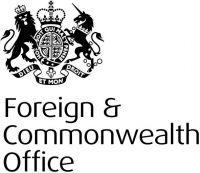 Many countries also require notarised documents to be 'legalised'. This is a system which exists all round the world, not just in the UK. Legalisation is a double check to make sure that the Notary's signature is genuine. All Notaries' signatures and seals are recorded by the Foreign, Commonwealth and Development Office. Once the authenticity of the signature is confirmed a certificate is attached, called an "Apostille". Documents may also need to be checked by foreign embassies to make sure that the Notary's signature matches the one on their records. The requirement for this will depend on the foreign country involved.

An apostille is issued in accordance with the Hague Convention 1961. As such it is sometimes referred to as a Hague stamp. This is an official certificate that the Foreign Office will add to the back of some documents before they can be used abroad. It is usually known simply as the ‘apostille’ although sometimes it is called the ‘Hague apostille’. 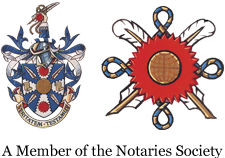